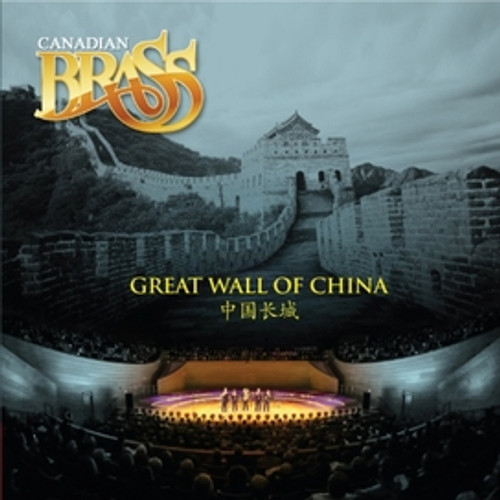 WATCH OUR VIDEO TO HEAR AND SEE MORE....

In 1977, as China emerged from the Cultural Revolution, Canadian Brass arrived in Beijing for a concert tour that was part of a cultural exchange. They were the first Western musicians to visit the country since Western music & art were banned in May 1966. The experience was the inspiration for this album that features the world famous ensemble performing arrangements of some of China’s most popular songs.

“Traveling the long road from Beijing down to Guangzhou, we performed in auditoriums, schools and factories, plus held radio tapings, interviews and impromptu outdoor shows along the way. It was during this trip we were first introduced to Chinese folk music for brass instruments, with the adaptation of Lift Your Veil given to us as a present. We include this piece here, a moving reminder of the profound power of music to bridge international boundaries and heal that we were so fortunate to experience first-hand during that tour.

Years later, people who attended these concerts still tell us how they remember our zany “Flight of the Bumblebee” routine, and in 2010 half a BILLION people tuned in to our appearance on Hunan TV that featured two songs—Mo Li Hua and Song of the Guerillas—that also appear on this disc. When we returned to China in 2011, we were shocked by the changes—wall-to-wall bicycles transformed into bumper-to-bumper car traffic and music schools turning out legions of classically trained musicians, including some intrepid brass players!

Soon after our China tour, we broke through another barrier by becoming the first chamber group to perform on the main stage of Carnegie Hall in 1979. Since heralded as a critical moment for brass ensemble, we challenged the generally accepted wisdom that a small ensemble could not sustain such a large space and showed that, on the contrary, brass ensemble music sounded majestic in that venerable old hall.

These two events signaled the Canadian Brass’ arrival on the international music scene, which would result in an entirely new vehicle of musical expression and the proliferation of brass ensembles in schools, colleges, churches and communities across the globe.  This recording has been produced as a tribute to the wonderful people and passionate music that contributed early on to such an important historical step for both brass music generally and Canadian Brass specifically.”

3. The Moon Represents My Heart

7. Moonlight Night on The Spring River

14. Limpid Eyes of A Fair Lady

17. Song of The Guerrillas.