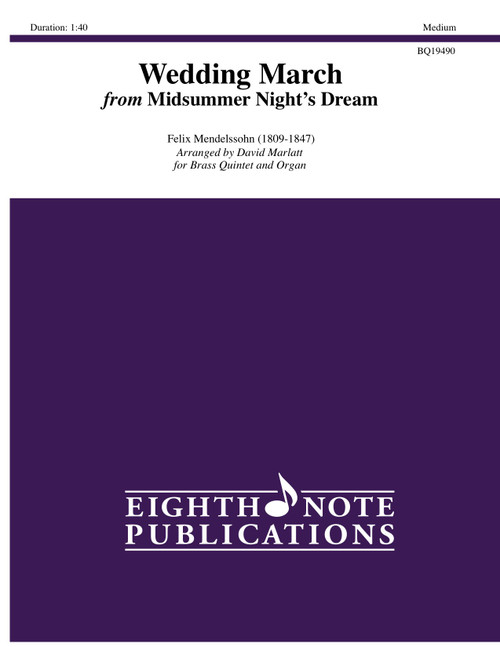 The March was first performed in Potsdam in 1842, as a part of Mendelssohn's incidental music for the Shakespeare play A Midsummer Night's Dream. It wasn't until Jan. 25, 1858, that the march first appeared in a royal wedding—as a recessional used by princess Victoria Adelaide Mary Louise, the oldest child of Queen Victoria, when she married Frederick William IV of Prussia.

It is one of the most often performed wedding marches.