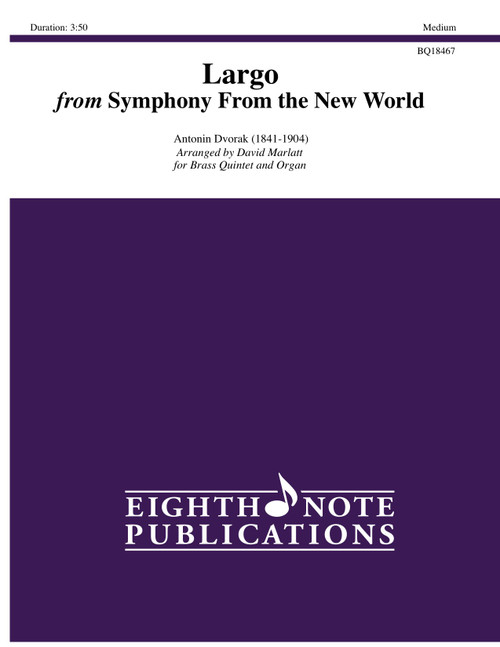 The Symphony From the New World (Symphony No. 5), arguably Anton Dvorak’s greatest symphonic work, has been the subject of controversy. Critics questioned whether the basis of the work was American or Bohemian. This debate that occurred during Dvorak’s time no longer seems important and the greatness of this piece has never diminished. The principal theme from the second movement is equal in fame and popularity to Pachelbel’s Canon and Albinoni’s Adagio. This incredibly simple and beautiful theme was set to words by one of Dvorak’s pupils William Arms Fisher. The resulting song “Goin’ Home” is now as famous as the original symphonic writing.

Can-Can from Orpheus in the Underworld Brass Quintet (Offenbach/arr. Marlatt)

Sunset Over Blue Water (It is Well With My Soul) Brass Quintet (Trad./ arr. David Marlatt)

The Wind Through the Heather Brass Quintet (Ryan Meeboer)