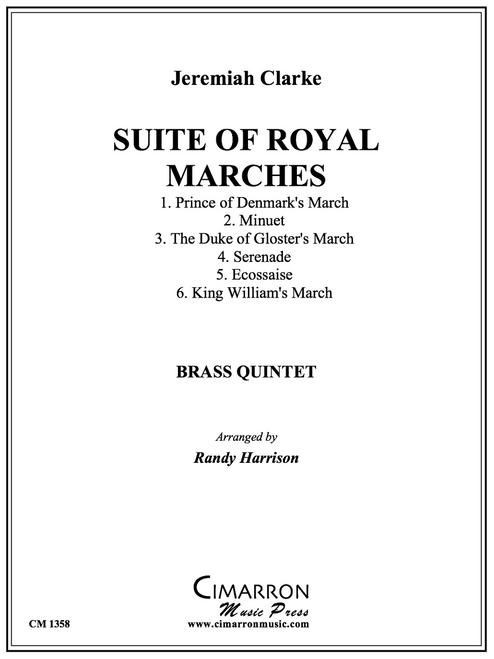 English baroque composer Jeremiah Clarke composed many royal marches. Here we have brass quintet arrangements of several of his better know marches including: Prince of Denmark's March, Minuet, the Duke of Gloster's March, Serenade, Ecossaise and King William's March. A score and parts for 2 trumpets, horn, trombone and tuba are included.