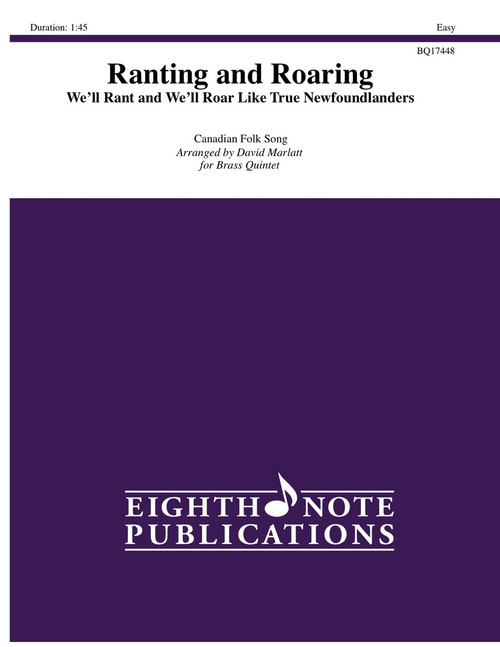 Also called The Ryans and the Pittmans, this popular Newfoundland folk song has been sung and danced to on the East Coast of Canada since the early 1900s. The lyrics tell of a sailor, named Bob Pittman, who wants to sail home to marry his sweetheart. The tune is based on a traditional English shanty, Spanish Ladies, which describes headlands sighted on a sailor's homeward voyage through the English Channel. Spanish Ladies has a number of variants: New England whalers sang of Yankee Whalermen, while their Pacific counterparts sang of Talcuhano Girls. A more landlocked drover's version surfaced in Australia as Brisbane Ladies. A score and parts for 2 Bb trumpets, horn, trombone and tuba.

Sample pages of the score can be viewed above.

The Holly and The Ivy Brass Quintet (Trad./ arr. Marlatt)

Dance of the Hours for Brass Quintet (Ponchielli/Chauvin)