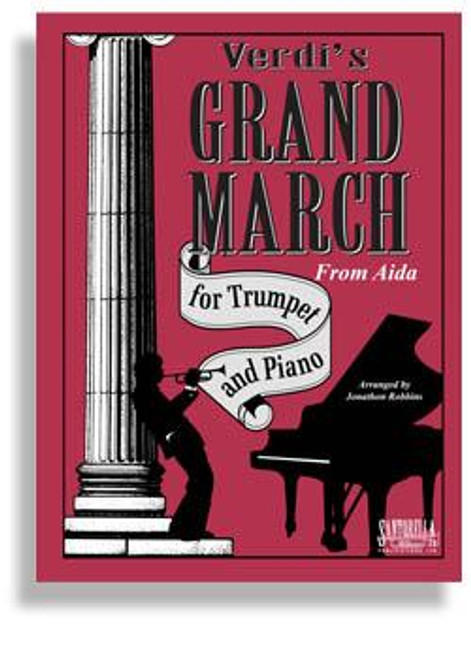 Giuseppe Verdi (1813-1901) after being rejected by the Milan Conservatory for “ Privo di talento musicale” or “Lacking in musical talent”, went on to become one of the greatest operatic composers in history. There were many others that dedicated themselves to opera, but Giuseppe Verdi and Richard Wagner (1813-1883), “the Italian and the German”, truly stood alone. Verdi wrote some thirty operas, but his fourth, “Aida” written in 1871 is that which most historians and operatic enthusiasts would consider his greatest accomplishment.

Verdi’s “Grand March” from Aida is the most magnificent example of a maestoso theme sounded with majestic grandeur. This classic wedding processional is second only to Wagner’s Bridal Chorus, but yet preferred by those who want to make a “Grandstand” entrance. This Santorella Publication arranged for Trumpet & Piano by Jonathon Robbins is not only an important ceremonial theme, but one with significant historic value. 1-58560-284-1,649571001841

Grand March From Aida for Clarinet

Ode To Joy For Trumpet & Piano