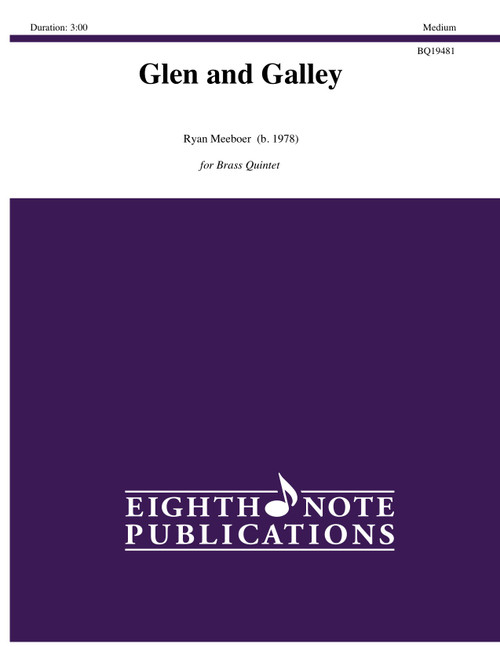 The title of this suite refers to the diced glengarry headdress (the “glen”) worn by the cadets of the Lorne Scots Royal Canadian Army Cadet Corps and its affiliated regiment, the Lorne Scots (Peel, Dufferin and Halton Regiment). The “galley” is the Galley of Lorne, which is displayed on the coat of arms for the Dukes of Argyll. It figures on the sporran (the pouch of the traditional Scottish Highlanders) worn by members of the Regiment and on the Regimental pennant.

This echoes the Latin motto for the Canadian Cadet Organization, “Acer Acerpori”, meaning “As the maple, so the sapling”. It represents the growth and development of youth in the cadet program under the leadership of the officers of the Cadet Instructor Cadre.

Colonel Geoff Parker, of the Royal Canadian Regiment, was killed in Afghanistan in 2010 by a suicide car bomber. He is the 145th Canadian soldier to die in Afghanistan, and the highest-ranking Canadian to be killed there. Colonel Parker was formerly a cadet with the 1188 Lorne Scots Royal Canadian Army Cadet Corps, and finished his cadet career as the unit’s cadet Regimental Sergeant Major.

The subtitle for the last section of this piece is the translation of “Air Son Ar Duthchais”, the Gaelic motto for the Lorne Scots (Peel, Dufferin and Halton) Regiment. It reflects the Scottish heritage of the Regiment, which is evident in the music of the Glen and Galley march that was commissioned, in 2016, by the 1188 Lorne Scots Royal Canadian Army Cadet Corps on the occasion of the 150th Anniversary of the Regiment.

The Wind Through the Heather Brass Quintet (Ryan Meeboer)