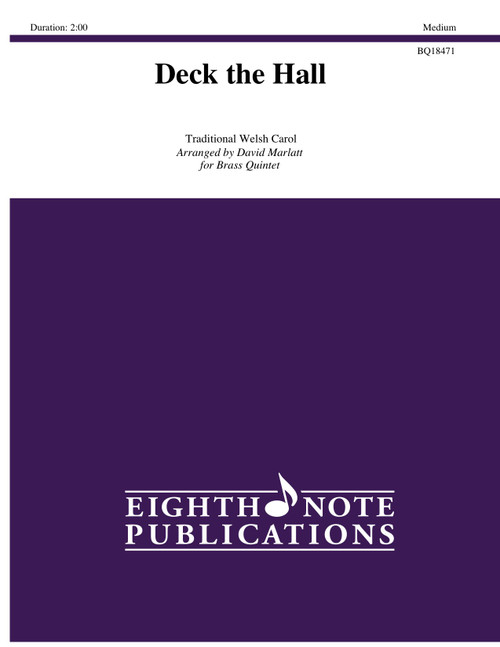 Deck the Hall is a traditional Christmas and New Years' carol. The "fa-la-la" refrains were probably originally played on the harp. The tune is Welsh in origin and dates back to the sixteenth century, where it came from a winter carol, Nos Galan. There are various versions of the lyrics and even two versions of the title “Deck the Hall” and “Deck the Halls”. The most popular version of the lyrics were written by a Welsh American and speak of decorating the house for the festive season, reflecting on the ending of one year and looking forward to the next.

Bells (Carol of the Bells) for Brass Quintet (Trad./arr. Marlatt)

Bells (Carol of the Bells) for Brass Quintet (Trad./arr. Marlatt)

It's The Most Wonderful Time of the Year for Brass Quintet(Pola & Wyle/arr. Hudson)