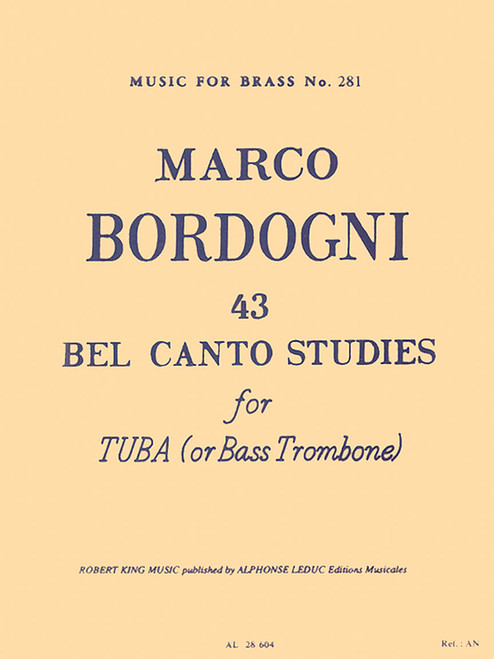 A Robert King Music Publication - Music for Brass No. 281

43 Bel Canto Studies by Marco Bordogni (1789-1856) is a set compiled and edited by Chester Roberts. Initially composed for vocalists, it was transcribed and adapted for tuba or bass trombone. Ideal for developing the range of the tessiture, it also has a strong musicality. Bass trombone players could also find it hugely beneficial for developing their technique. Marco Bordogni (1789-1856) was an Italian operatic tenor and a singing professor who was based in Paris. He performed in several of Rossini's operas and was awarded the Légion d'Honneur in 1839. He also had a lot of influence on one of his famous students, the English tenor Sims Reeves.

Music for Brass Ensemble (Music Minus One Tuba/Bass Trombone)