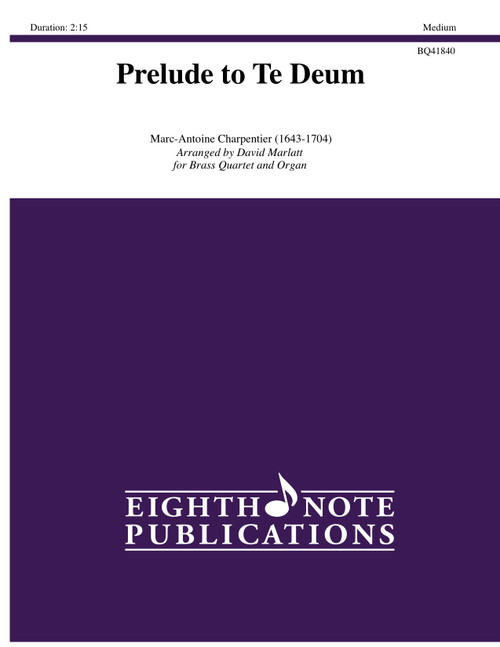 Marc-Antoine Charpentier composed his grand polyphonic motet Te Deum (H. 146) in D major probably between 1688 and 1698, during his stay at the Jesuit Church of Saint-Louis in Paris, where he held the position of musical director. The work is written for the group of soloists, choir, and instrumental accompaniment.

The Prelude is the short opening section which is the most famous part of this work because of its heroic nature, often performed as an organ solo at a wedding.

The organ part offers some rests for the brass and a change in timbre. There is an optional timpani part included.

Flight of the Tuba Bee for Tuba and Piano (Rimsky-Korsakov/arr. Cable) PDF Download