Canadian Brass and IMG Artists are delighted to announce the return of trumpet player, Brandon Ridenour. After celebrating the recent birth of his second child, Christopher Coletti will be stepping down to dedicate more time to his family as well as his recentposting as Assistant Professor of Trumpet at Ithaca College. Ironically it was Brandon who had recommended that Chris join the group ten years ago; therefore, it is quite fitting that Brandon is taking up the trumpet position which Chris is leaving. 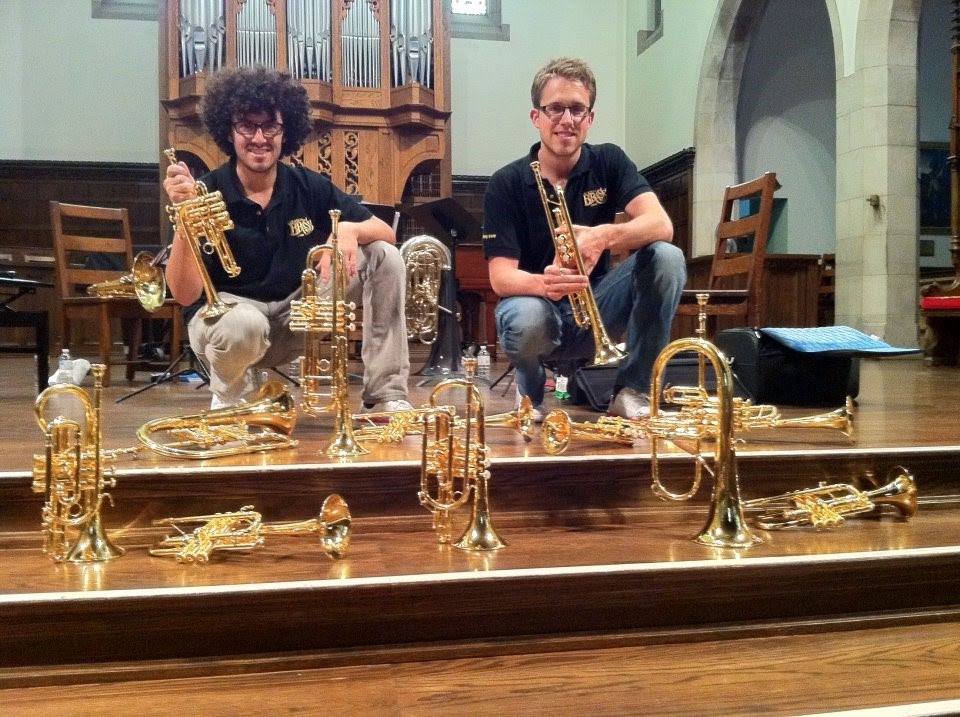 At the age of twenty, Brandon became the youngest member ever to join the iconic ensemble, a position he held for seven years. With the group, he played in distinguished venues around the world, performed on television, recorded ten albums, appeared on NPR’s Tiny Desk, and received three Juno Award nominations. He also created a catalog of new arrangements for Canadian Brass, which are still performed today.

“Brandon has been an important contributor to the success Canadian Brass, both in his initial years with us and during his time away. He possesses all the skills necessary to carry the ensemble into the next phase and we are very excited to be welcoming him back to continue the journey,” said Chuck Daellenbach, founding member of Canadian Brass.”

Brandon is a winner of numerous competitions, including Concert Artists Guild, International Trumpet Guild, and the American Composers Forum. He has played with a diverse array of musicians, including Sting, James Taylor, Marvin Hamlisch, Yo-Yo Ma, Wynton Marsalis, Esperanza Spalding, John Williams, and esteemed ensembles, such as the New York Philharmonic, National Symphony Orchestra, Los Angeles Philharmonic, International Contemporary Ensemble, the Knights, Orpheus, Orchestra of St. Luke’s, and the Mahler Chamber Orchestra. Additionally, Brandon formed the cross-genre song writing chamber group, Founders, which the New York Music Daily hailed, "Their excellent debut album, You & Who, is unlike anything else out there right now." Brandon began his musical journey at age 5, studying piano with his father, pianist Rich Ridenour. He received his B.M. from the Juilliard School of Music in the studios of Mark Gould and Ray Mase.

In 2019, Brandon launched Come Together, an album of reimagined Beatles music commemorating the 50th anniversary of the classic Lennon/McCartney song. Brandon has since developed this collaborative album into a larger social impact and environmentalism project, with the mission of conveying, through music, the importance of humanity coming together to take better care of our planet and each other. This project will extend to include Canadian Brass, and will be a large part of the group’s 50th Anniversary celebration performances.

In November 2019 Brandon officially returns to his role with Canadian Brass replacing Chris, who is very much remaining on the performing and teaching scene in addition to his most important roles as father and husband. Canadian Brass is grateful for everything Chris contributed to the group throughout his ten years with the ensemble and will always be a member of the Canadian Brass family.

In Brandon’s words, “I’m looking forward to touring with my brass family again, entertaining audiences around the world, inspiring young musicians, and creating new music for the group. Chris is and always will be a close friend and I look forward to seeing what he does in the next chapter of his life!”